Plans Features FAQs Submit Your Requirements Talk to Our Experts

Office 365 Government plans are tailor-made to serve the unique requirements of US government agencies and associated contractors. You can now meet the stringent U.S compliance and security needs with the unique capabilities of Office 365 services in the government cloud community. 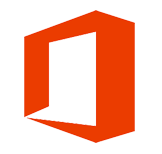 *Unlimited cloud storage for G3 and G5 plans for five or more users, or else 1 TB/user. Initial storage 1 TB/user, which can be later increased to 5 TB/user. Request additional storage by contacting us.

ALL OUR MICROSOFT 365 GOVERNMENT PLANS INCLUDE

savings
on it costs

What are Office 365 Government Plans?

Office 365 Government plans are customized Office 365 Enterprise plans with a range of tools and services that help eligible organizations leverage cloud services to improve service efficiency while adhering to compliance norms for handling sensitive data. These plans adhere to the most stringent security measures that leverage best-in-class technology for protecting client data.

Who can use MS Office 365 government plans?

A government organization – any department, division, unit, or team which is a part of the government at the local or state level. An entity that officially administers a geographic area – county, city, borough, municipality, townships, special districts or a government unit – which it governs or administers with established laws. Any entity that is officially authorized by the laws of the state to purchase under the state’s contract under an accepted law.

Why are Office 365 government plans different?

Office 365 Government plans are distinct in the sense that the data accumulated using components of these plans are stored only in data centers in the US and are logically segregated from that of commercial plans minimizing the possibility of breaches. This provides a secure method of managing organizational data.

How do you know if you are eligible for Office 365 government plans?