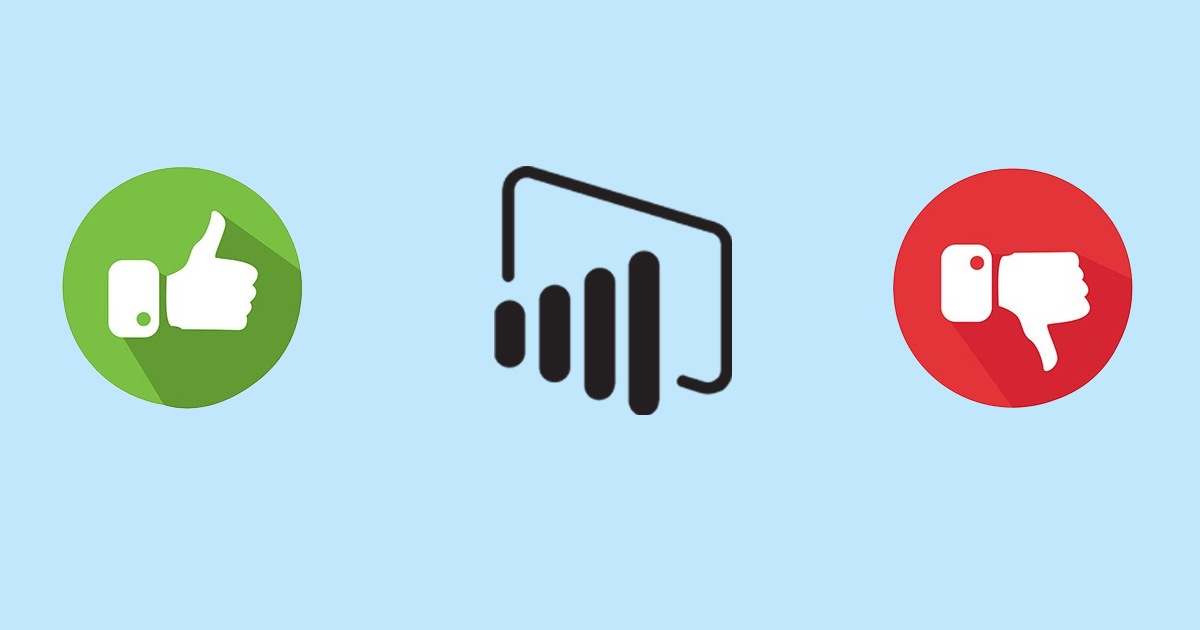 Power BI is one of the most powerful business analytics suites available in the market that is useful for data science and data visualization. It can turn massive quantities, of data collected from multiple data sources into meaningful information that is placed in customized dashboards and detailed reports. The visualizations and reports generated using Power BI can be published and shared easily on the web, mobile applications, and print across the organization. Most importantly, it is among the most affordable tools with such powerful features that can be used by organizations to gather business intelligence. In this writeup, we will comprehensively cover the pros and cons of this business intelligence tool.

Power BI is one of the most widely used presentation tools in the market. It shouldn’t come as a surprise that there are significant advantages of using this power-packed tool.

The good news for organizations is that they can start using Power BI free of cost. The Power BI Desktop version can simply be downloaded and used for creating detailed and interactive reports with visualizations for free. But the true power of Power BI can only be realized with the paid versions. While the Power BI Pro version – which is available at $9.99 – allows users to share data and dashboards, the Power BI Premium version provides Enterprise level tools for deeper insights and on-premises reporting. Certain users of Office 365 plans get Power BI at no additional cost to their subscription.

Power BI is a tightly integrated software, like any other one designed by Microsoft. Power BI can connect with hundreds of different data sources. From Microsoft’s very own MS Excel to SQL servers, databases, and different file formats like XML and JSON or even third-party applications from Google can be connected seamlessly to Power BI. The advantage of this approach is that data can be easily exported to Microsoft Excel for analyzing the raw data used to create the reports and visualizations.

Like most of its other offerings, Microsoft has adopted the cloud-first approach for Power BI as well. It provides regular updates and feature additions to improve the tool. All users need to do is log in to the application and ensure that there is a stable internet connection to benefit from these additions. Microsoft does not haphazardly release these updates. Many of these features are suggested by users in an active community in which people can make requests for new features or changes in the following releases.

Power BI offers some of the most detailed reporting options that are available. Data can practically be visualized in every imaginable chart type. The flexibility which Power BI provides in visualizing data is unprecedented. Data can be transformed into actionable intelligence with simple button clicks on the host of tools and widgets that are available on the user interface. There are drill-down options available in reports that gives users powerful data analytics.

Power BI might be a Microsoft product. But the tool can be just as easily be accessed on the web, iOS, and Android devices as a Windows product. The dashboards and reports do not lose their effectiveness even on devices with smaller screens. Users can easily analyze business data whether they are traveling or working on their office workstations.

The fact that Microsoft proactively adds and upgrades the Power BI application proves its commitment to making the application the best in the market. Yet, its architecture introduces certain flaws. Let’s discuss a few flaws of Power BI as well.

Using Power BI does involve a certain learning curve. The list of features and components available on Power BI is extensive and continues to expand further. It is not uncommon for newbies to be lost when trying to figure out the tools and services that are most appropriate to them. Thankfully, there are several learning materials and an active community of experts who can resolve most of the issues that are likely to crop up while using the tool.

The complexity of the data information, reports, and dashboards of Power BI often come at the cost of the quantity of data that Power BI can handle particularly in the free version. This might not be a pressing issue as several factors influence the performance of any applications. For one, writing simpler queries that that are split into several different components to cover the entire data set can not only improve the performance but is also a recommended best practice for improved readability.

Power BI’s strength in its compatibility with Excel is also its weakness. It is possible to make the best use of the application when it is integrated with the powerful set of tools available on Excel. However, some users might not the proficient with Excel data queries, models and reports. Such users are likely to experience a steeper learning curve if they have to use Power BI with Excel because they will have to familiarize with both Excel and DAX functions.

Some users might experience rigidity while using Power BI if they have used comparable applications like Tableau. Power BI, at the core, is primarily designed for visualization purposes. This limits the complexity of table relationships that the application can handle. Data models have to be prepared carefully to account for unique fields to avoid ambiguities in table relationships, a vital aspect for visualizing data. Conversely, there are relatively few configurations that can be made on native and custom visuals.

The former problem has now been largely resolved with the introduction of many-many cardinality with some restrictions and there will surely be progressive improvements for the latter as well.

Power BI is undoubtedly one of the most powerful business intelligence tools available in the market. It provides far more features than most of its competitors at its price point. The fact that it is available at no additional cost with certain Office 365 suites makes it an interesting proposition for businesses and enterprises that are migrating to Microsoft products.

Apps4Rent has helped thousands of customers realize the true potential of Microsoft products like Power BI. We provide 24/7 assistance via phone, chat, and email. Contact our sales team to know how we can assist you.