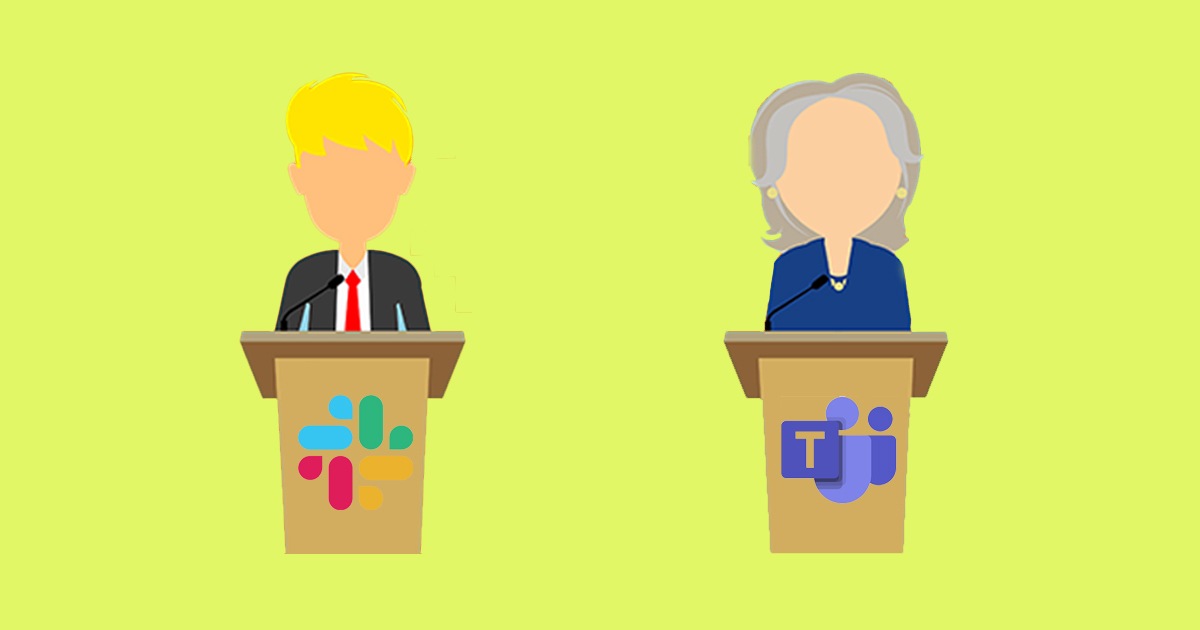 Slack and Microsoft Teams are the two best business collaboration software out there. Slack was launched in 2013, while Teams was introduced only in 2017. Slack is the “cool kid” who’s popular in the neighborhood for his looks. On the other hand, Microsoft Teams is a serious kid who had to grow up well before his childhood. As things stand today, the serious kid has entered its early adulthood after being guided by his mentor. Meanwhile, the cool kid is also being mentored to adopt pragmatism in the long run. Satya Nadella and Stuart Butterfield, the mentors for Teams and Slack respectively, have invested a lot of their time to nurture and guide their babies.

What could be the reason why Microsoft Teams came back from behind to capture Slack’s market share? Well, we have four reasons to compare Microsoft Teams vs Slack features:

These are four major reasons why Microsoft Teams has an advantage over Slack. With a combination of integrated features and superior collaboration features, Microsoft Teams has not only competed with Slack but surpassed it in the race of market share. Now, what would you choose – Teams or Slack?

If you are looking to incorporate Microsoft Teams as your primary collaboration software, Apps4Rent experts will help you do so. Contact us now!

Also Read: All you need to know about Microsoft Teams